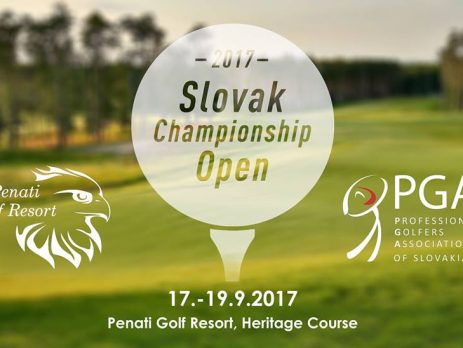 The HERITAGE COURSE at the PENATI Golf Resort was hosted by the home championship with a grant of € 10,000.

The first day of the game was played in the warm and sunny rays and the results were answered. 20 minutes enjoyed the new record of the court Juraj Zvarik when he scored a score of 67 wounds / -5. However, many excellent professionals from Europe have arrived at the SLOVAK CHAMPIONSHIP OPEN.

However, Petr Nič, the Czech PGA player, wounded Juraj Zvarík, who played a better result and set a new record for the Heritage Course. Petr played 65 blows and became not only the record holder but the leader after the first day of the SLOVAK CHAMPIONSHIP OPEN. The third was Ajster Sebastian from Slovenia for 69 times / -3.

In the second and final play day it was cloudy and the rain was expected. He came in during the game so the results were not expected as in the first round. The best of the time was the players of the last penultimate flamenco Aleš Kořínek (CZ) and Tamás Lugosi (HU). Tamas took a separate 3rd place for the results of 70, 70 total 140 wins / -4. Czech pro Aleš Kořínek, who won the Polish Open on Sunday, played 71 and 69 wins, a total of 139 / -5 and took second place in the tournament.

Petr Nič retained the score and further improved it, as he managed to score in the rain, and after the results of 65 and 69 wounds, a total of 134 races / -10, at the same time holder of the new Heritage Couste, won the SLOVAK CHAMPIONSHIP OPEN.

Congratulations to the winners!